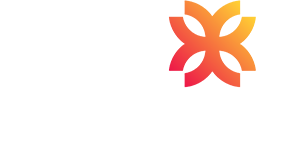 History of Bank and TFG

XacBank was created as a result of a merger of the two largest NBFI’s in Mongolia, “Goviin Ekhlel” LLC and “X.A.C” LLC, in late 2001. Goviin Ekhlel LCC was established by Mercy Corps in December 1999 with funding from USAID as an NBFI serving SMEs. X.A.C., LLC began 1998 under the Micro Start Mongolia Project under UNDP, later transformed into Mongolia’s first NBFI by uniting the financial services activities of six local NGO’s.

These NBFI’s operated in different geographic regions and were serving different markets, SME loans vs. microloans. However, both had the same strategic goal of becoming commercial banks with a full range of financial services. All these factors became the foundations of the merger of these two independent institutions to form XacBank.

In 2001, X.A.C. and Goviin Ehlel, the two pioneering non-banking financial institutions of Mongolia merged to create TenGer Financial Group, initially known as X.A.C.-GE Group. Each merging party brought unique, proven expertise to the table: one in creating self-employment through micro-lending, the latter in employment generation through small and medium enterprises’ lending - two strong drivers for social and economic development in an
emerging economy. The third non-bank financial institution that formed this development alliance was NetMon, which brought savings and loan cooperative franchise model to the equation.

TenGer Financial Group aims to build a transnational group of companies to deliver a full range of financial services to people and businesses. The Group will adhere to the highest norms of business conduct and put environmental sustainability as one of its mission pillars.

TenGer Financial Group entered the next phase of its development in 2007 by expanding beyond XacBank and Mongolia. With a core team of dedicated and passionate people TenGer Financial Group is working towards further expansion, both domestic and regional, in tandem with XacBank, capitalizing upon the latter’s experience and reputation. Successful pilot project of Mol Bulak Finance implemented in Kyrgyzstan helped to identify potential projects to be pursued in China and Russia for which proposals are being prepared for the approval by the Board.

In the past few years, TenGer Financial Group have adopted corporate governance model and developed Business Plan with the view of the regional expansion, successfully implemented a pilot project and identified new targets for growth both internationally and within Mongolia. The Group has managed to raise new equity at times of the global financial crisis, an effort that was duly recognized by the broader investment and development community. The flagship subsidiary of TenGer Financial Group- XacBank has maintained its lead positions in Mongolia as transparent and socially responsible corporation. Approval by shareholders and the Board of the Group of historic acquisition of 50 percent stake in TenGer Insurance and fresh capital injection into XacLeasing have been a manifestation of vote of confidence to the strategies and goals of the company.